The ICFAI University, Nagaland provides career-oriented educational programs at the Bachelor's and the Master's degree levels. It offers campus-based programs in management and computer science.

The department takes pride in conducting Industrial Tours for its students and inter university/college management events like BizHorn.

The department believes in producing career driven and skilled professionals in the field of management education both at the undergraduate and post graduate levels. At present, there are five (5) faculties in the department (listed below): 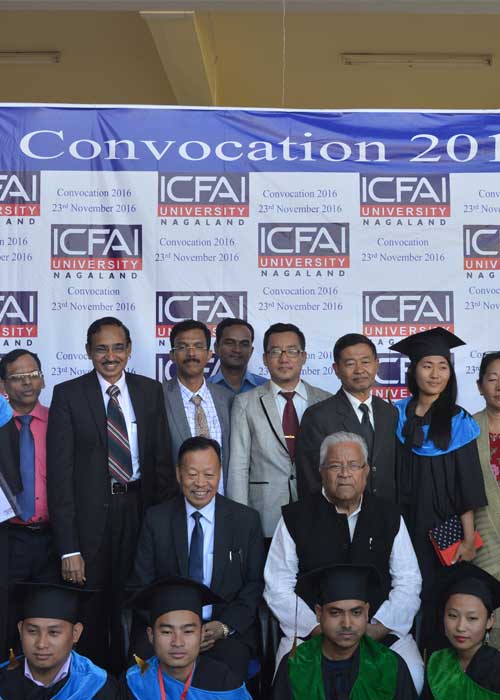 At present the following faculty members are serving under the department of Economics.

The Department of Commerce was formed on 20th April 2009 under the Faculty of Management Studies. The Department developed the Curriculum of Bachelor of Commerce in the year 2012 with the help of subject's experts, which was approved by the Board of Studies on 17th August 2013 and subsequently by the Academic Council. The Department started running Under-Graduate programme of Commerce (i.e. B.Com with Pass Course and Hons in Accountancy) from the academic session 2013-2014. The programme was successfully implemented.